Today in Cybersmart, Room 4 had to create a Google Drawing of your favourite food and other stuff. It was fun to do so I hope you enjoy looking st these images.

This term me and the rest of my extension class had to make a project on scratch a coding app which is cool. We had to create this project after we learnt more about our Whakatauki. A Whakatauki are Maori words of Wisdom. I hope you enjoy my animation. 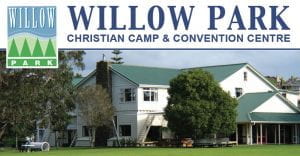 Yesterday we went to a place called Willow Park which is a Christian camp for kids. We spent a whole day doing fun activities at the camp and we also went to the beach. Willow park also lended us a inflatable paddle boat to use at the beach. We all enjoyed the activity.

We also got free morning tea and lunch. For morning tea we had mini Quiches and for lunch we had Coleslaw, potato salad, Lamington, fruits and Hot-dogs.

My favourite highlight was the beach and the food because of the swimming and the food was also awesome because well it was delicious. Next time I go back I will go swimming again.

I am grateful that Mr Burt and Willow park allowed us to stay there for the day. They are amazing people and I can’t wait to see them again. The next fun day we should have is to go to Willow park again. Thank you Willow Park.

Yesterday team 5 went to Willow park and today we were tasked to write what was great about the park. I said my favourite part was the food and the beach. I hope you get to go there one day to experience the same thing we did.

In a graveyard miles away from New Zealand at nighttime, somewhere in Japan there was a man standing above a grave muttering something non English or Japanese. He wore a straw hat with filthy ancient blue robes and a blunt rusty Katana with a black hilt. This weapon was held in his left hand with a Bo staff in the other hand. The grave he was standing on had been dug up which was creepy.

The mysterious man had his head facing the ground then he lifted his head to look at the mountain scenery. A tiger walks up to him with a menacing look but the tiger looks up to the mysterious man and runs away from him. When the man looked up you could get a clear description of a dead man.

There were holes throughout his face with rotted teeth yet he still had a beating heart and an operating brain. He started to speak Japanese but the words that came out were strange. What he said was “サムライコードに従わなければなりません” in a deep dead voice. What he said was “Must follow the samurai code” which He kept on saying over and over again.

What I forgot to tell you was that this man was a General Samurai of old yet he had died 146 years but like I said he had the description of a zombie. Yet somehow he remembered things like the samurai code. The tiger returned to the fallen samurai with a Kabuto helmet.

There was another Grave right next to the Generals yet it looked like one for an animal the grave stone said it belonged to a tiger said to be the pet of the General. When the moon light shone on the Tigers body holes and worms were seen crawling throughout its body. Stale black blood stains on the tiger’s teeth and on the Kabuto helmet.

The deceased Samurai takes off his straw hat and replaces it with the Kabuto helmet from the tiger and places it on his head. A shadowy figure is seen in the distance wearing a black dark cloak on one of the hills. The deceased samurai points at the figure then the figure runs away. The tiger chases him but he just vanishes. The Tiger tries to sniff out his scent but fails to seek the figure. He runs back to his master and The Samurai pets him after putting his weapons down. They then look back at the mountains and walk towards the moon, maybe to find civilization.

On Monday, My literacy class was told to write something based off of one picture with a lot of things. There was a lot to chose from so I took one with a samurai and a tiger. Since I like to make creepy stuff so I made it based off of horror. There was also some mysterious things. I hope you enjoy the read.

Kei te pēhea Koe means how are you in Maori. The way response you should give is Kei te Koa ahau! Which means I am happy. But you can say other things like Kei te riri ahau which means I am Angry. so you can say a bunch of different emotion words.

Today for Cybersmart we learnt how to animate on google slides. This meant animating a stickman that you had to draw and make it look like he is walking.